The History of the Caravan

The caravan has developed from humble beginnings as a functional means of transporting goods from the 15th century onwards, to forming a thriving and rapidly developing sector of the travel and leisure industry today.

It was the 19th century before a recognisable form of the caravans we know today began to appear in the UK, although these portable homes were horse-drawn and extremely basic. The first ‘luxury caravan’ was developed by a Dr William Gordon Stables in 1885, and was constructed out of mahogany and maple wood. It was named ‘The Wanderer’ and measured 5.5 metres in length, and on its maiden trip from Berkshire up to Inverness in Scotland it somehow managed to transport a book case, a china cabinet and a piano inside. 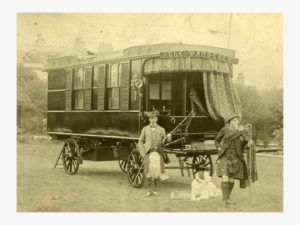 However, at this time caravans were seen as the ultimate luxury item and were exclusive to the wealthy upper classes. Caravanning was becoming popular with this sector of society though, so much so that the ‘Caravanning Club’ was formed for like-minded people in 1901, closely followed by the ‘Caravan Club’ in 1907. The Eccles car-pulled caravan was the first commercial touring caravan and came on the market in 1919 after World War l, by which time caravanning interest had spread to the USA. For a £90 outlay it was still deemed an expensive pursuit, however, and it wasn’t until the 1930s that caravans became more affordable for the middle classes.

In 1937 the ‘Car Cruiser’ was marketed as a more streamlined and, crucially, a more affordable model using lighter materials. This changed the market completely, although production was halted during World War ll and the resulting petrol rationing also affected the caravan industry during the 1940s. But the post-war period became a boom time for caravanning.

The ‘Streamlite Rover’ – a forerunner to the world famous ‘Sprite’ model – was developed in 1948 and helped the industry take off. Using lighter, cheaper yet more durable materials, caravans developed from being box-like trailers to fully-equipped vehicles with kitchen facilities, multi-rooms and showers. Their affordability meant caravans could be used for shorter weekend breaks, and more frequent trips were possible and practical.

Today caravans are split into various categories; luxury travelling complexes, basic one-room caravans, usually for storage while camping in a tent, huge static homes, trailers and pop-up tents, and the American Airstreams that take on-the-road living to another level.

Now we have an industry involving touring sites and caravan parks with complexes that offer everything you could possibly need for a family holiday all in one place. The Harrogate Caravan Park is one such site, and as one of the most popular caravan sites in Yorkshire has fantastic facilities, surrounding scenery and convenient transport links to some of Yorkshire’s most famous landmarks.

Furthermore, there is a thriving community and culture that surrounds caravanning which makes it one of the most wholesome, affordable, environmentally-friendly and popular holiday choices there is. 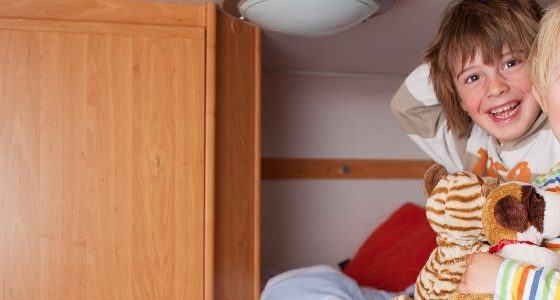 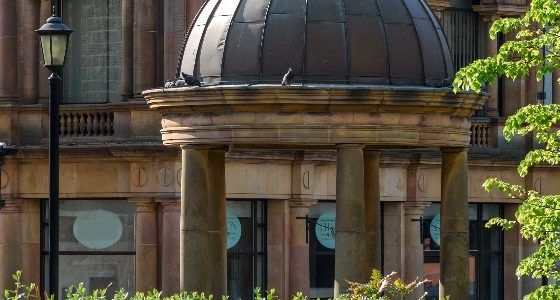